Parents rarely understand just how powerful their words and actions actually are. Maybe because our children argue with us and ignore what we say far more often than they seem to listen and obey! However, the words we use when providing feedback on their behavior – particularly their bad behavior – can have a profound effect on a teen’s self-esteem.

During their teenage years, your child will most likely suffer from low self-esteem. Hormones are flying around like crazy, they have to navigate their way through high school; it’s tough. So, with that in mind, here are some tips for building your teen’s self-esteem:

I mentioned in the intro that our words and actions are powerful – especially when bad behavior is involved. The worst thing you can do is lash out at your teen and scream at them when they do something wrong. They may not seem like they care, but they’ll take it to heart, and it makes them feel bad about themselves. Instead, explain why you’re annoyed, and tell them what to do to avoid making the same mistake again.

The same goes for instances where they might fail a test or do bad at school. Don’t tell them off and criticize their studying technique! Look at why they failed and offer some constructive advice to help them in the future. You’re not chopping them down, you’re building them up. 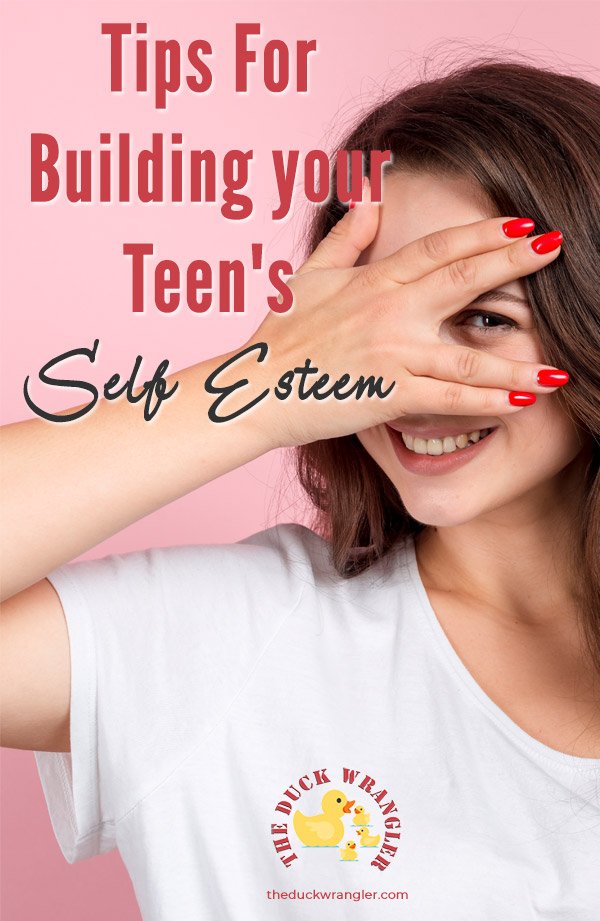 A lot of parents are guilty of not praising their children. We’re quick to point out when they’ve done something wrong, but it’s rare that we actually give them praise – unless it’s for something groundbreaking. Giving them praise will go a long way to boosting their self-esteem.

In conjunction with this, focus on what they did well rather than the outcome. By doing this, you will praise your child a lot more as you don’t just praise them for achieving things and succeeding. So many kids grow up with low self-esteem because they feel like they haven’t hit the heights their parents expect of them. By praising them for trying hard or just being really focused when they study, it takes the pressure off them.

Teenagers go through so many different phases as they try and figure themselves out. As a parent, you can play a significant role in helping them develop and gain more self-esteem. All you have to do is support them and encourage your teen to try new things and explore their many talents.

Let’s say they’ve got into drawing, and they keep creating pieces of art in their room. Encourage this, tell them how great it is, buy them tools to help pursue this activity; show that you’re there to support them. Your encouragement gives them an instant confidence boost!

Ask For Their Opinions

Think back to when you were a teenager. It’s the time in your life when you start to mature, have opinions on things, and want to be treated as more of an adult. As such, it was particularly painful when your parents didn’t value anything you said. They wouldn’t listen to your opinions, and it ends up making you feel bad about yourself.

So, don’t do this to your teens. Ask for their opinions on things – particularly big family decisions. Listen to what they have to say and then take what they say into account. It will make them feel so self-confident to have their opinions valued and taken onboard. Even something simple like choosing the new carpet for the living room. Ask them what they think, and genuinely consider their choice. It sounds weird, but whenever they see the carpet they’ll be proud because they chose it and you listened!

Your teen will probably do things that you might not understand. For example, they play video games in their room instead of going outside. Don’t go up to them and ask them why they’re inside all the time or why they won’t go out. It’s time to accept that things aren’t the same as they were when we were kids; teenagers have different interests.

So, avoid being judgmental as this is the easiest way to lower their self-esteem. Let them be themselves!

A teen with high self-esteem will grow into a more confident adult. You can’t underestimate how important this is to their general development and wellbeing. There are so many factors in the life of a teenager that can bring down their self-confidence. So, make sure you’re not one of them. Follow the tips laid out above to help build your teen’s self-esteem.