As parents, we want to develop our teens into confident, intrepid young people, ready to take on the world. Not only do we wish to give them the technical skills for success in the modern workplace, but also the emotional courage to stand on their own two feet and carve out a life for themselves.

Unfortunately, for many teens and their parents, this is not the reality. Rather than going out into the world with confidence and positive energy, a considerable chunk of teens finds themselves unable or unwilling to take the steps necessary to develop into fully-fledged adults. Adolescence can extend into the twenties and even thirties, putting pressure on family relationships and undermining the child’s long-term chance of achieving sustainable success.

What Is Failure To Launch Syndrome?

“Failure to launch syndrome” is not a medically recognized condition. However, the term sums up well the observation that many young people don’t appear to be able to leave childhood behind and strike out by themselves, without considerable parental support.

For most people getting a job or going to university is a kind of “rite of passage.” It’s the time in life when a young person leaves their adolescence behind and takes control of their future. College, work, and income provide a young adult with the freedom they need to establish long-term goals and think about what they want to get out of life, whether that’s money, a house, marriage,  family, or spiritual enlightenment.

However, for those with “failure to launch syndrome,” these rites of passage can cause backsliding and even regressive behaviors. An adolescent with failure to launch syndrome may find themselves unable to cope with the stresses and strains of college or work life. Parents may see that a child returns home before the end of the semester or that they lose their job and have to rely on parental support to keep them off the street.

What Are The Symptoms Of Failure To Launch Syndrome?

It’s probably more helpful to think of failure to launch syndrome as a set of characteristics that a young person might have, rather than just a child who ends up back at home after university or finding a job.

Young people with failure to launch syndrome, for instance, often have low levels of distress tolerance. A child might be extremely smart and enroll in a course at a top university, but they could drop out or return home part-way through their degree if they find the subject matter too challenging or flunk an exam. Rather than dealing with the distressing situation head-on (and finding ways to improve the situation, like going to the library to work daily), the child may become enraged with tutors or decide that university is “not for them.” 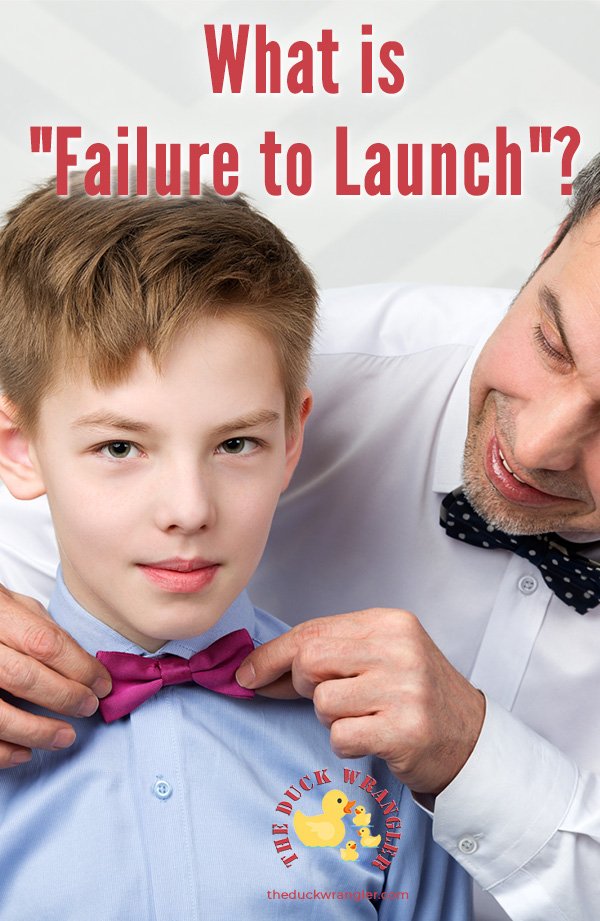