Is your child LOST to bullying? Absolutely NOT! Believe it or not the answer lies in your child NOT in the bullies. Often the attention goes to the bully! There is an immediate instinct to address the bully, the parent or the authority figure of a bully to get them to stop. Those measures rarely meet with the desired result. While necessary to alert all those in authority around them, bullies rarely stop. So what do we do as the parent of a bullied child? The answer lies in YOUR child! The bullied…

Empower yourself to move BEYOND

My daughter is now a junior in college, but she endured years at the hands of cruel bullies. We plead with teachers, principles, and even parents to put a stop to the torment. Each plea fell on deaf ears or at the very least with people who had no power to enlist change. All we were able to do was make the bully more angry and more sneaky with their attacks. We felt completely helpless as we watched our daughter become more and more withdrawn and depressed. Desperate to find a solution, I realized that if my child was going to survive I had to find a way to make her stronger. We needed to stop focusing on the bullies and start focusing on her. 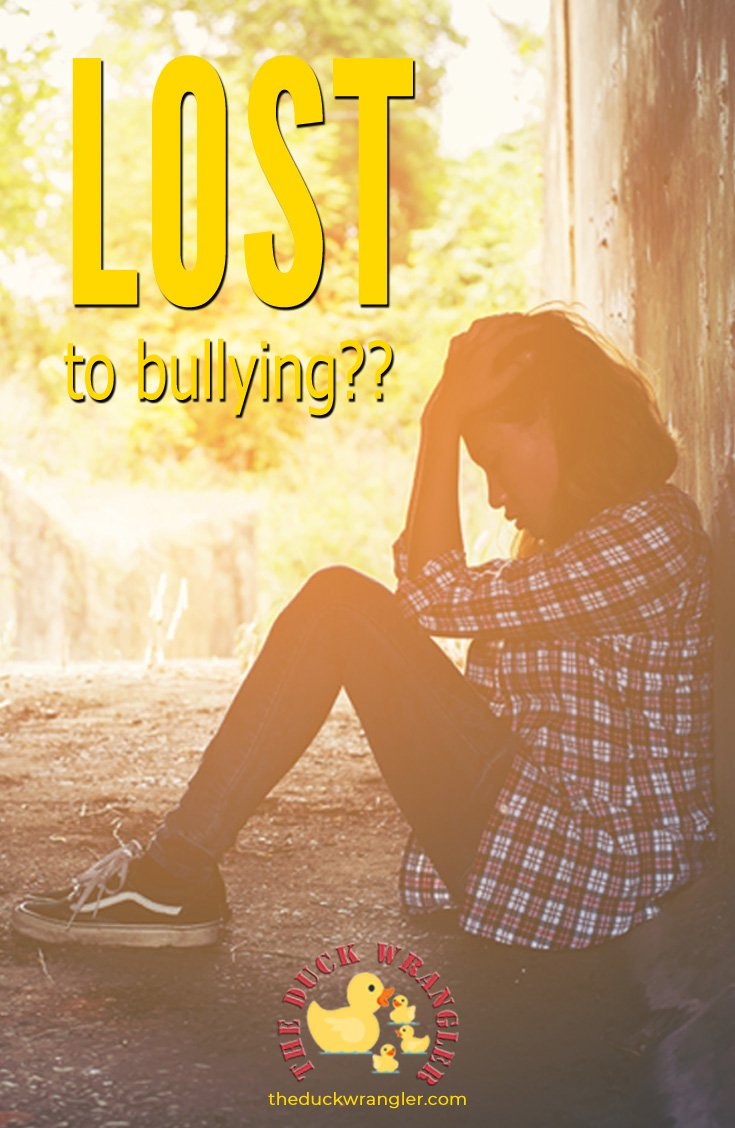 We immediately removed her from the situation. After every attempt to have the bullies fixed or removed failed, retreat was our only option. It was either that or I was going to jail after kicking some middle school booty! That’s right! I’ll admit it. The thought of treating those kids exactly how they had treated my daughter was one I visited often. I was angry. I wanted those bullies to be crushed, hit, humiliated, tormented and ultimately lock themselves in a school bathroom stall frantically calling home for help (with a cellphone that was technically not allowed during school hours). I wanted those kids to have to fear the thoughts of facing another day at school. I wanted them to have to remove themselves from every social media platform because the torment continued after school hours online. I wanted to see them retreat into self hatred just like my child had for nearly 2 years while we tried to follow all the right channels for help. But, how would that help my child? The sad true is that it wouldn’t. It would teach my child that the very same bullying behavior shown to her was acceptable. CLEARLY Bullying is NEVER the answer. So, I went on a quest to find the right course of action.

Where do you Start?

Where did action start? With MY CHILD! I had been looking in the wrong place all along! I had focused on justice for my child. I had focused on righting the wrong. That was completely the wrong direction. I realized if I was going to change the situation, I had to EMPOWER my child. My child had to be able to mentally handle people like this and not let it affect her self worth. She needed the inner strength to stand up to them. I had to find a way to develop confidence and self worth in her and spark her interest in something bigger than her.

What about a Hobby or Sport?

I went on a search to get my shy, bullied child some success. Sports, art, music, theater, volunteering etc were all great choices. My child wasn’t particularly good at sports and few of the rest interested her. We started her in theater and in dance, but she found that those are highly competitive activities and placed her in similar situations to what we had just freed her. While at a much lesser degree, those situations were toxic to my already bully worn child. Panic set in for me. I did NOT know where to turn. It was then that my daughter came to ME and asked if we could start a business together.

Start a Business together to gain confidence

She had done all the research and selected just the one. I was leary at first, but jumped in hoping to give her a vehicle to find some success. So we turned to a very unlikely place. BUSINESS! Can you believe it? The details of where our story went from here are better left for another time. But I WILL say that we began in a social selling company and jumped in with 2 feet. I charted a course to develop her skills in social interaction, finance, goal setting, selling and ultimately mentoring. Women are SO much more accepting than children and were endeared by her. It was the perfect place to help her find the confidence she so desperately needed. We found quick success.

Every Success will Grow Confidence

That was July 2013. Now just over 2.5 years later, we’ve grown to be one of the highest producers in the company. We’ve earned 4 trips and several awards along the way. My daughter has started college better prepared than most of her peers and certainly more successful as an entrepreneur. I wish I could say that the scars were gone. They continue to pop up from time to time. But, we now field questions and mentor hundreds from across the country to do the same with their children. Helping others has given her a way to power through those moments of insecurity and find strength on the other side.

Don’t Focus on Changing the Bully

You don’t have to have the kind of success we found to be develop your child. You just need a plan of action and a lot of prayer. Don’t shutdown because your child is suffering effects of bullying. They are counting on you. Your child CAN overcome and thrive beyond bullying! Don’t focus on changing the bully. Focus on changing the response from your child to the bullying. I’ve seen it over and over. Be willing to take some unexpected chances to get the optimal result in your child. She is worth the risk and certainly worth the effort. Be willing to look in directions you wouldn’t in any other circumstance. Sometimes the biggest risk pays the biggest dividend. Be willing to take a step out of your comfort zone to help her find hers.